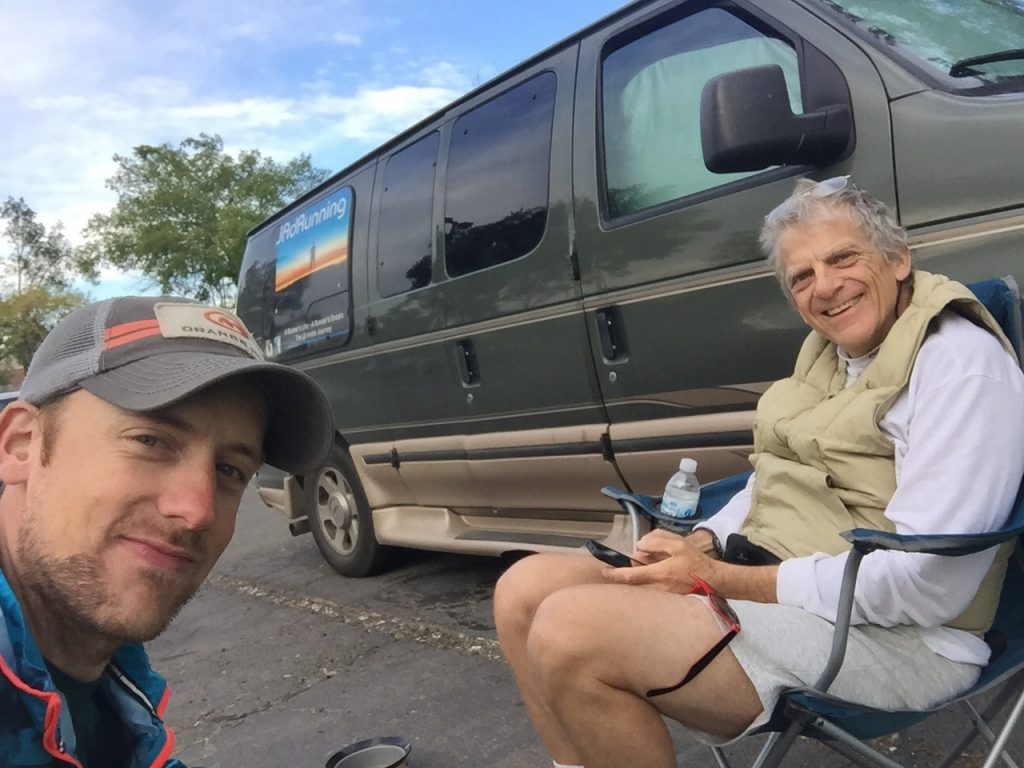 Normally when I have visitors my living room is a bit more scenic with a forest as a backdrop or a campfire burning. Today it was city dirtbag time so I busted out the camping chairs and set up to listen to his story of how he won the race across the country! Half way through I thought about how I wished I had a camera setup recording his recite and even capture how dirtbaggy our setup was in the parking lot.

Check out David’s website at http://www.runningthroughcancer.com to learn more about him then I talked about here in my post. Below is YouTube clip about the race and finish.

Big thanks to David for spending the day hanging out with me!