Fun fact about me – As a kid I collected petrified wood so this place is like heaven to the younger me! I gave up that collection for the start of my Snoopy/Joe Cool collection (nerd alert!). 🤓

Onxy Bridge was the destination. I planned on doing an early morning run without Pup to find it but once I found out dogs were allowed on the trail…he was coming with me. 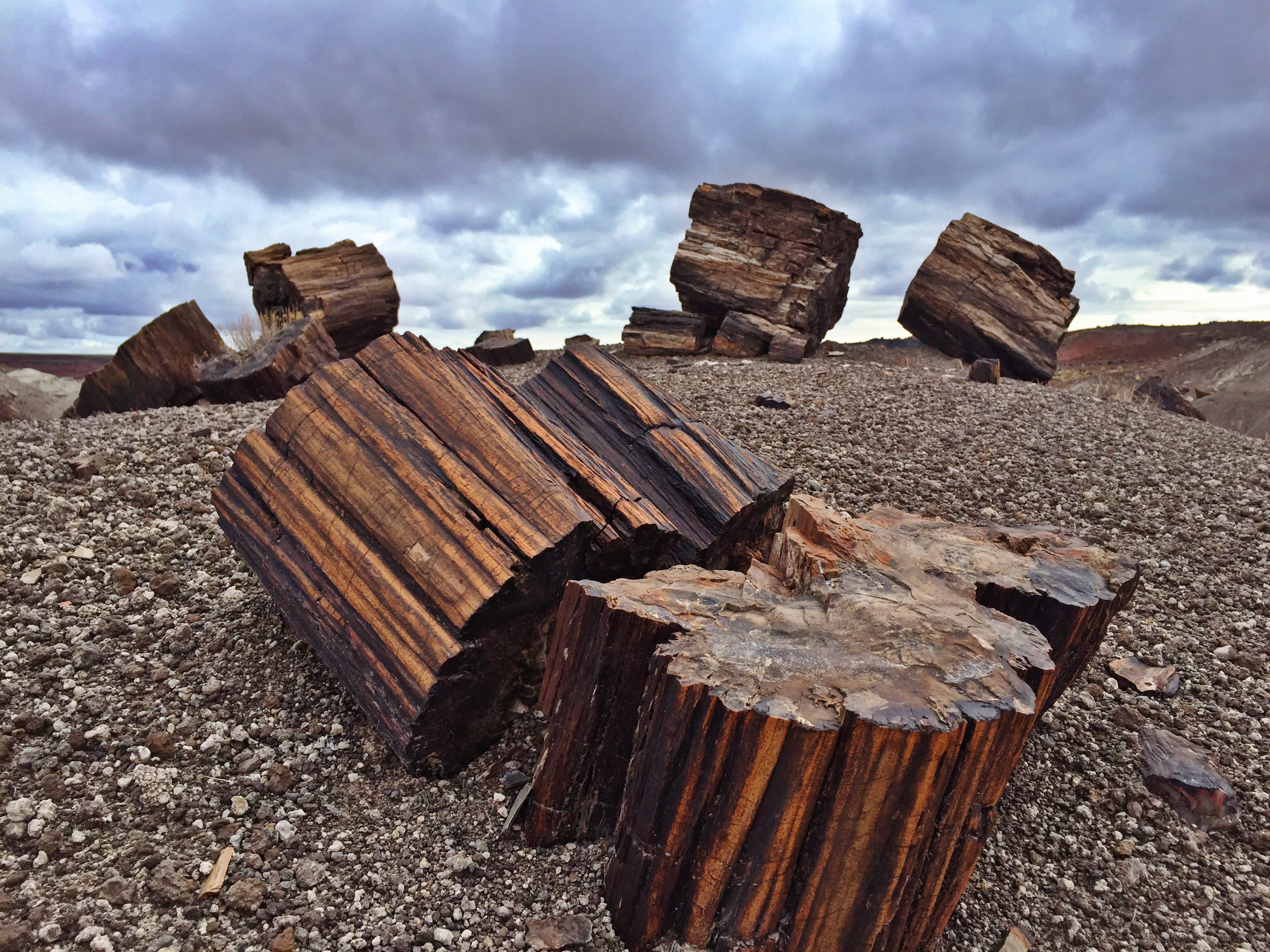 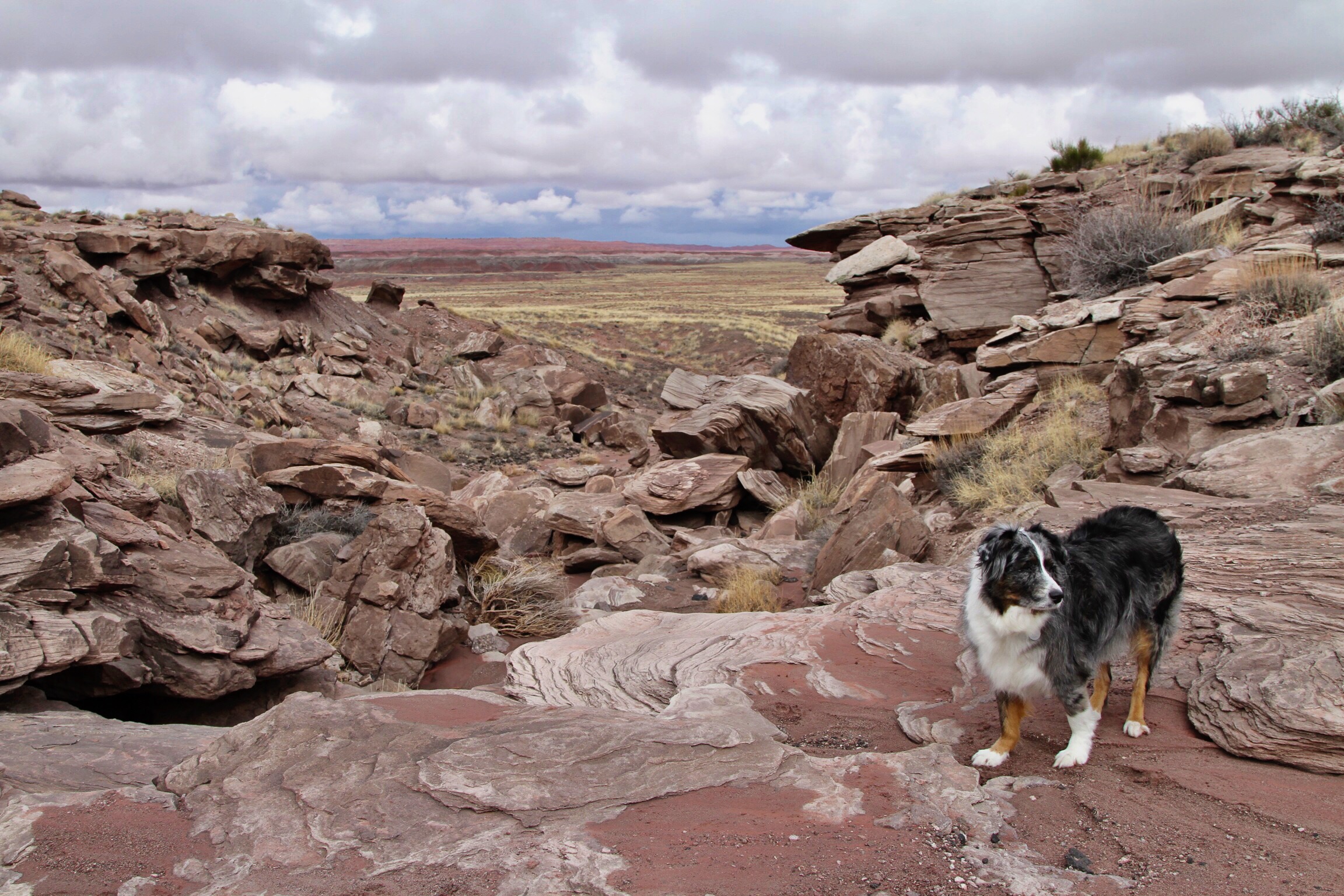 I never did find Onxy Bridge. I did however find a lot of other cool spots. Super proud of old man Pup for doing the whole 5 1/2 miles! Love me some petrified wood! Enjoy the pictures! 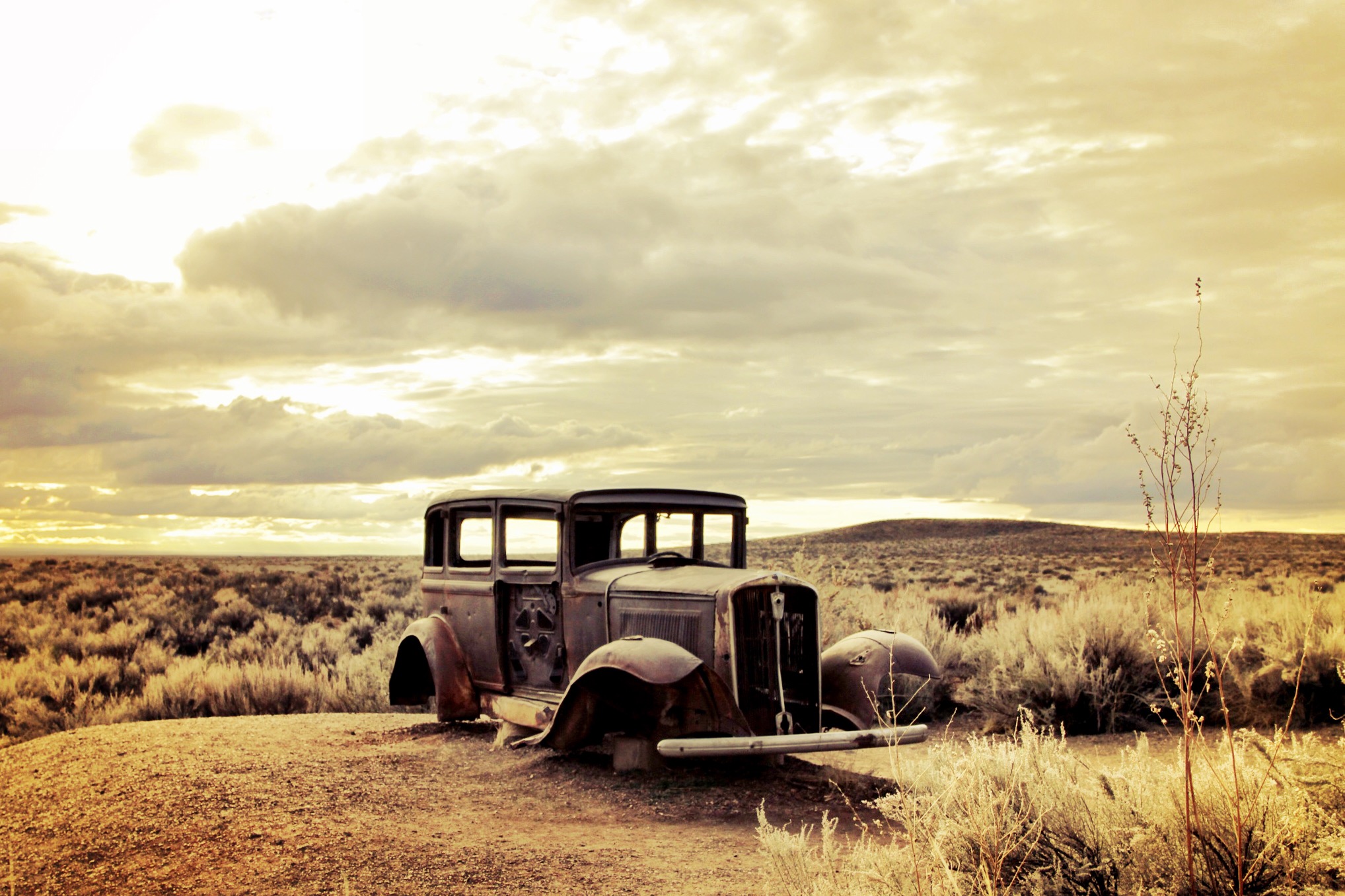 How many of you want to see pictures from Hawaii? Or more so, who wants to see photos from one of the top 20 most dangerous hikes in the world?

November 7th I’ll be flying to Hawaii for three weeks to explore three of the islands. For two of the three weeks I’ll have Michelle from Restless Wanderess to help check off state #49 for both of us. For those that don’t remember I met Michelle and her kids in Wyoming for a hike as they were headed to the Pacific Northwest. We’ve both finished the lower 48 this year so I’m grateful to have her with me to experience the epic Kalulua Trail as well as a few others in state 49.

I should be packing for my trip but I stumbled across these gems! Here’s a taste of what National Parks I’ve visited the last two years in the lower 48 and I’ll for sure be checking off another one at Volcanos NP in Hawaii.

Normally when I have visitors my living room is a bit more scenic. With a forest as a backdrop or a campfire burning. Today it was city dirtbag time so I busted out the camping chairs and set up to listen to his story of how he won the race across the country! Half way through I thought about how I wished I had a camera setup recording his recite and even capture how dirtbaggy our setup was in the parking lot.

Check out David’s website at http://www.runningthroughcancer.com to learn more about him then I talked about here in my post. Here is a link to a youtube clip about the race finish, http://youtu.be/u6DWnJyp_nU. Big thanks to David for spending the day hanging out with me!